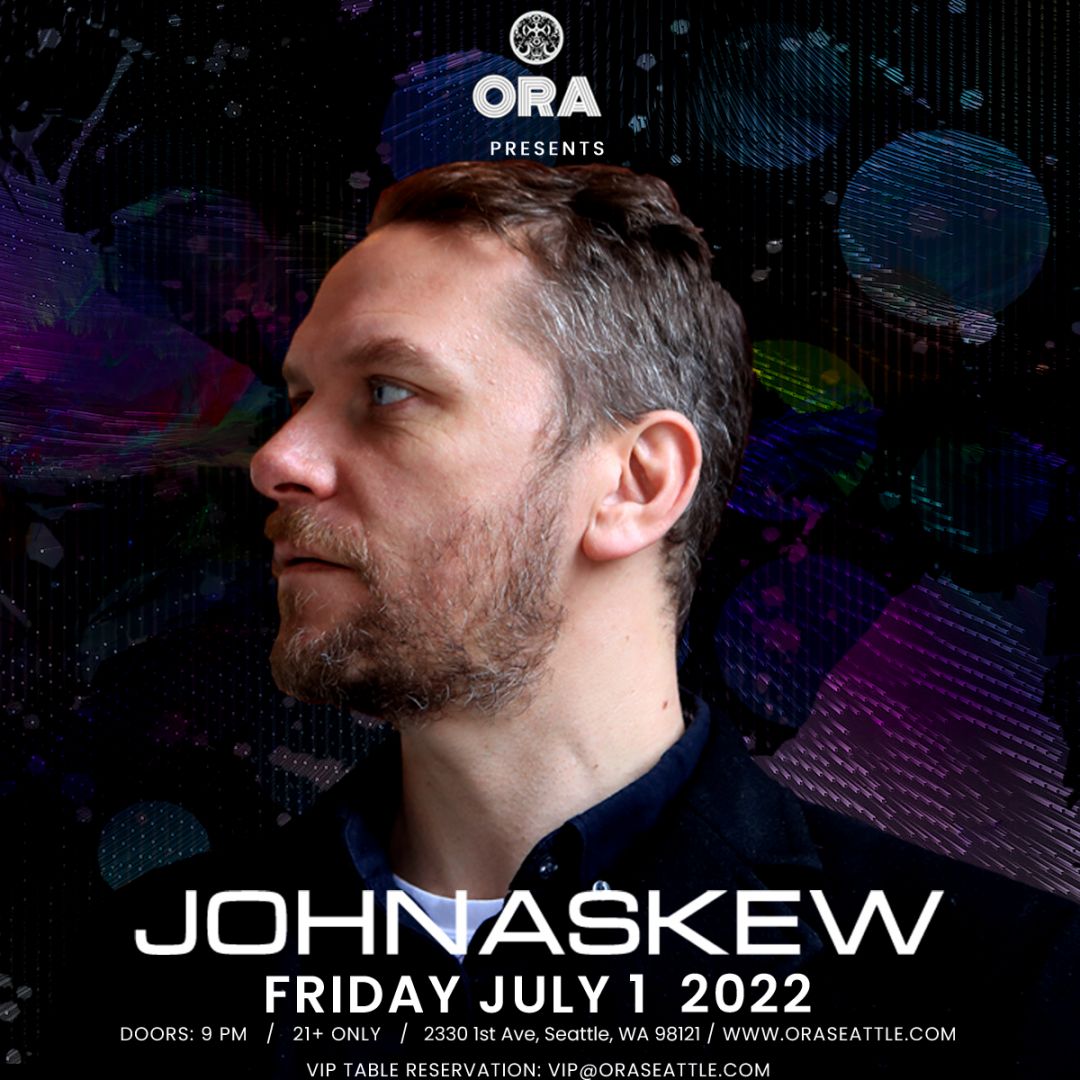 Jul 1, 2022 at 10:00 PM to Jul 2, 2022
Ora Nightclub, Seattle, WA
Get Tickets
Share
Event Summary
Ora presents John Askew
Date: Friday July 1- 2022
Time: 10pm-2am
John Akew
---------------------------
John Askew is without doubt one of the hottest trance producer/DJs in the world. Over the last two decades his energetic, high-octane performances featuring his unique, trademark, razor sharp sounds have captivated fans and industry the world over.
From early days signed to Discover Records where John released initial hits “Vellum”, “The Door”, “New Dimension”, “Fade To Black”, “Vandalism” and “Chime”, John has gone on to deliver a catalogue of big singles and remixes for the coolest labels in the scene – including Duty Free Recordings, Vandit, Armada, Captivating Sounds, Perfecto Fluoro, Subculture, Monster Records, Euphonic, Pure Trance, WAO138, Armada and Mental Asylum…..
Today John’s record label and brand VII is the hottest entity in trance. The label exclusively releases music from the seven artists signed to it (Avalon, Simon Patterson, John Askew, Sean Tyas, Will Atkinson, Alex Di Stefano and Orkidea). John’s recent singles on VII – “Midnight Oil”, “On The Rocks”, “Raven” and “Black Coffee” all hit number 1 on Beatport and marked a new era for the evolution of John’s sound – a sound that is widely recognized as the epitome of high quality tech and melodic acid infused trance.
In 2018 John released the VII Vol I compilation which sat at number 1 on the Beatport main album chart for nearly six weeks – beating huge house and techno releases. A real testament to the formidable force that is VII. John Askew embarked on his 6x6x6 tour which saw him play sold out OTC extended sets in six of the world’s hottest cities – including Manchester, Los Angeles and Seattle.
2019 looks set to be another explosive year for John. With work already started on his third artist album, a new compilation due in September and a selection of high quality singles inbound on VII this will be a exciting and creative ejaculatory year that promises to push the boundaries of audio excellence
Photo Gallery 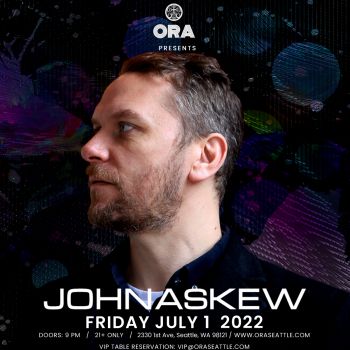